The Ultimate Guide to Native Advertising – What Are Native Ads And How They Work? 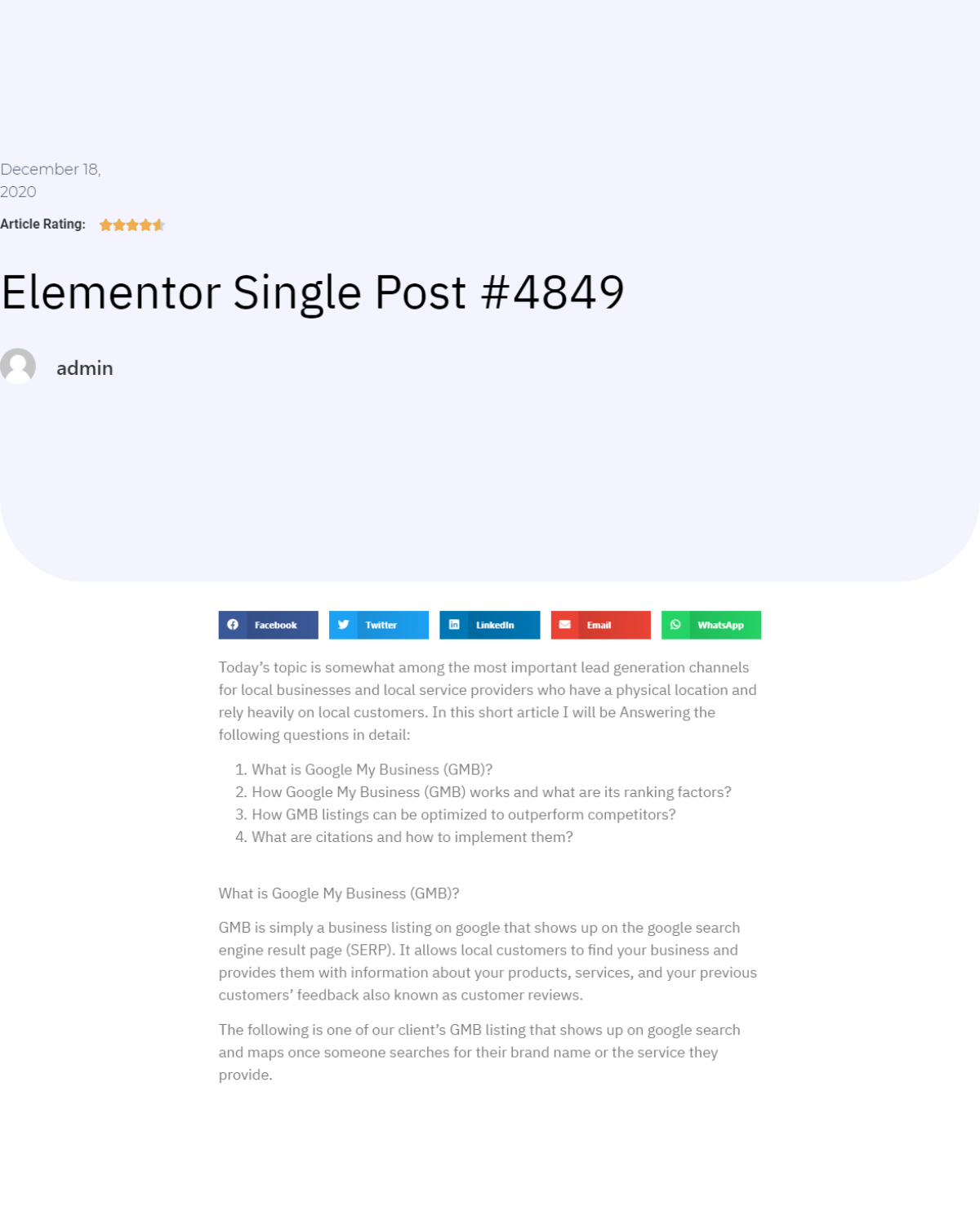 Today’s topic is somewhat new to the digital advertising landscape and I am going to cover as much practical information as possible in this ultimate guide. By the end of this article, you should be able to comfortably set up and manage native advertising campaigns for your business.

What Is Native Advertising?

As its name suggests, Native ads match the feel, function, and look of the website or webpage that they appear in. In other words, they look natural to the publishers’ website and in many ways, they don’t look like advertising. Native ads aim to engage users instead of disrupting them like many types of displayed advertisements.

Unlike content marketing which is a long-term strategy and mostly doesn’t involve a transaction between advertisers and publishers, native advertising is a relatively short-term strategy in a form of a campaign that allows the in-feed ads to be placed on the publisher’s website.

Where do native ads appear?

Native ads can be placed anywhere on a web page that gives it a natural and non-ad-like feel; however, most common places on a web page are suggested or related content areas at the end of the news article or in the sidebar beside related articles. Social media feed and news feeds in general are also among popular places that native ads can appear.

Let’s have a look at a few examples together. The following image shows how Yahoo News shows native advertisements in its feed.

How can they be distinguished?

Similar to many other types of digital advertising, Native ads follow certain guidelines to protect visitors from unfair, deceptive, and fraudulent practices. As a result, there are normally badges indicating that the content is an ad that is displayed somewhere in the feed. The most commonly used terms by publishers to make the user aware of advertising content are sponsored content, paid posts, advertisements, ads, and paid content.

The following example is taken from the CNN website that shows how this publisher makes its viewers aware of paid advertisements.

Why are Native Ads Becoming More and More Popular Every Day?

Now that you know what Native advertising is you might want to know if they are any better than different types of digital advertising.

While native advertising seems to be quite new, it has been around for years in different formats. Media almost since its inception incorporated different kinds of native advertising. An example of classic native marketing can be holding a Pepsi Cola can in a famous TV show which in nature is not intrusive, annoying, and disruptive to the viewer.

Similar to its traditional form modern native ads are designed to be non-intrusive and cause no interruption to the user and this is one the most important reasons why native ads are on the rise.

Relevancy is another factor associated with the increased popularity of native marketing. With the use of current advanced technology such as machine learning and artificial intelligence (AI), much more relevant ads will be shown to the exact target audiences which makes this advertising extremely efficient and cost-effective.

Automation and efficiency are also among important contributors to the popularity of native advertising. That is to say, nowadays native ads can be bought and sold programmatically and in an automated fashion which reduces the operating cost significantly.

As a result of the engaging and content like nature of native ads, ad fatigue is reduced to a certain level for viewers and that adds up to the popularity of this advertising approach. Ad fatigue refers to the bombard of the ads through different channels on internet users which makes them dislike adverts on the internet.

Native advertising, if done correctly can also result in a higher click-through rate (CTR) and much lower cost per click (CPC) for the brand or the advertiser.

Luckily in this ultimate guide, I will teach how to exactly do that!

As mentioned by the Interactive Advertising Bureau (IAB) there are 4 commonly implemented native ads  that are:

While paid search ads, social media posts ads, or sponsored posts on social media have the characteristics of native ads they are classified into different categories of advertising.

Now that we know the 4 main types of native ads let’s dive deeper and explore the characteristics of each of them one by one.

One of the most common places that in-feed ads appear is within content feeds that contain articles or editorial content and media such as images and videos. Example websites (publishers) that serve in-feed native ads are CNN, Bloomberg, Yahoo, and many more.

The Composition of Native Ads

It shouldn’t be hard to guess, as native ads should provide visitors with a natural and content-like feel it should look very close to the content published on the publishers’ website.

The above image shows a native ad displayed on the Yahoo news website. As you can see it feel and look just like another news topic and it is hard to distinguish it as an ad without considerable attention.

Native video ad units can also be displayed on the publisher’s website within the article itself or in the sidebar. The following example is a hybrid video native ad that is displayed on CNN’s website.

To keep up with the integrity of the web Interactive Advertising Bureau (IAB) has published a set of requirements guidelines and specifications that can be downloaded here.

What Goals a Brand or an Advertiser Can Achieve with Native ads campaign?

There are multiple objectives that an advertiser can achieve using native ads. Among the most common ones are building brand, product, app, and service awareness, increasing website traffic, getting email signups, and increasing online sales.

Native ads can be used to make a potential customer aware of the existence of a product, services, and brands. This can be achieved in an extremely efficient and cost-effective way which makes it remarkably suitable for new businesses and startups.

Increasing website traffic can also be achieved through native advertising that recently attracted the attention of affiliate marketing websites to maximize their affiliate income with minimal efforts and costs.

These are just a few of the potential objectives that can be achieved through native ad marketing.

Later in this guide, I will discuss how to track conversion and collect data and statistics for optimization and performance measurement purposes.

First of all congratulations on making it this far. Now you have a basic understanding of what native ads and native display ads are and how they work and that is a big step toward running a profitable native marketing campaign.

Measuring the Performance of Native Campaigns

From business perspective, this part of the process is the most critical aspect of an advertising campaign. Measuring success and performance can help you improve and optimize your strategy, budget, and timing while pointing out the weaknesses and effectiveness of your ads. Here I briefly explain the most important performance measurements that are being used by marketing experts. It is also important to mention that not all matrices are suitable for all ad campaigns. In the following table, I tried my best to classify each matrix into its appropriate objective division.

Reach: the total number of unique visitors that are exposed to the native ad campaign.

Impressions: The number of times an ad is displayed whether it is seen by visitors or not.

Clicks: The number of times an ad has been clicked that sends the traffic to the advertisers’ website or landing page.

Click-through rate (CTR): indicates the frequency of click on an ad by viewers. It is the number of clicks divided by impressions. CTR = Clicks ÷ impressions

Cost Per Acquisition (CPA): The total monetary value spent on a campaign divided by the number of conversions.

App Installs: Similar to clicks, app install is the number of installs an app generates as a result of running a native ad campaign.

Cost Per App Install (CPI): The total amount spent on an ad campaign divided by the number of app installs.

Views: The number of time a video ad is viewed by the audience

View Rate: The number of times a video was viewed divided by the impressions.

Cost per view (CPV): The total advertising costs divided by the number of views which indicates the cost that each view takes for the advertiser.

Google My Business (GMB) – The Most Trusted Business Directory

The Complete Guide to Programmatic Advertising

Hit enter to search or ESC to close